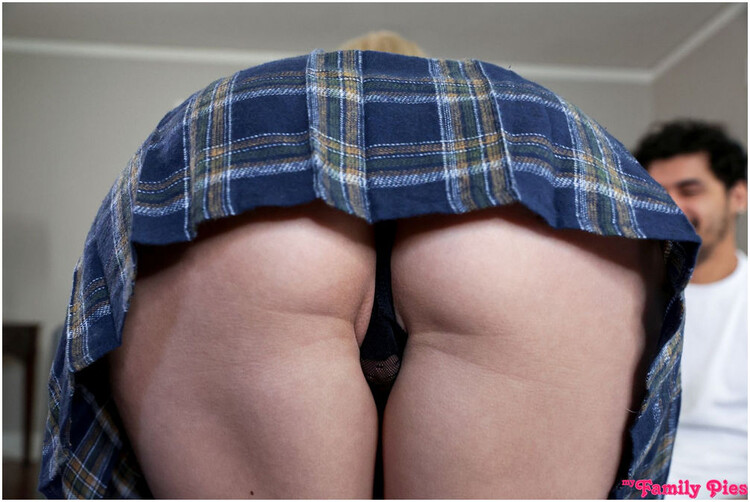 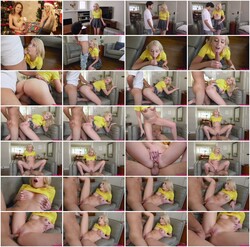 Madison Summers is pretty offput by her new stepbrother Rico Hernandez. Rico loves to watch porn and to jack off. Madison walks in on Rico watching some hot lesbians in action and wrestles for the control, then tells him he's a perv who's probably going to go to his room and leave another sticky mess. Pissed, Madison storms out of the room. Rico comes into the living room later to find his stepsis reading on the couch. Not wanting another argument, he tries to sneak past her. Madison stops him to lecture him again.This time Madison outright tells Rico he's just not allowed to fap. She immediately goes on to say that Rico probably thinks she's a freak and that he's right: She is a freak. Madison wants to know if Rico faps to her, and if he thinks about things like what her boobs look like. Getting right into Rico's face, Madison lifts her shirt to show him what he's been missing. Rico is so confused by the change in direction that Madison manages to get on her knees and pull his hardon out before he knows what's going on. Who wouldn't want a blowie from their hot and cock hungry stepsis who can't get enough of gobbling down the D?Getting Madison on the couch on her knees, Rico sinks right into that creamy snatch in doggy. Rico sits on the couch next so Madison can climb aboard and ride her stepbrother's cock in reverse cowgirl as she rubs her own clit and moans. Falling onto her back, Madison squeezes and kneads her own titties as Rico gets between her thighs and keeps their party going. At Madison's pleading, Rico keeps on fucking her until he can't hold back his own climax. Shoving himself deep, he gives his stepsister a nice creampie to lick from her own fingertips.